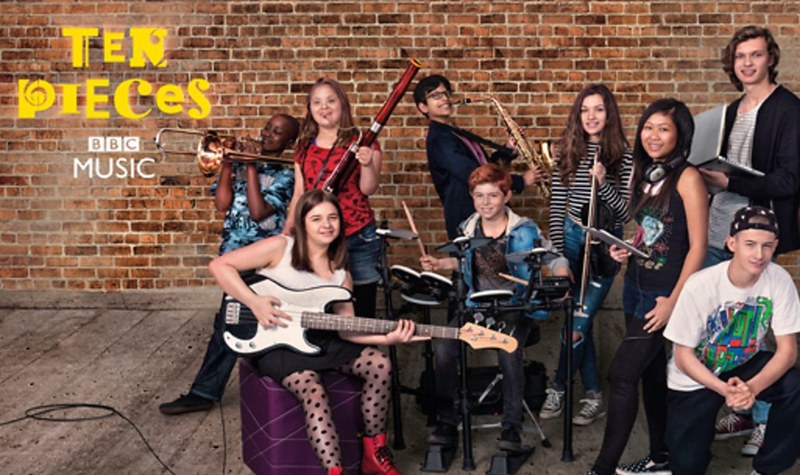 Launched in 2014, the BBC’s Ten Pieces is an ambitious initiative for school pupils, which aims to open up the world of classical music to a generation of children by using ten pieces of music as a spring-board for creativity, alongside a range of online resources, UK-wide events and close collaboration with music and arts organisations. The first year of the project engaged more than half of UK primary schools and the initiative has now been extended to secondary schools with new selections of music. Key Stage 2 and Key Stage 3 Schools can order free copies of the Ten Pieces films on DVD from www.bbc.co.uk/tenpieces

The project has just launched a brand new set of Ten Pieces (Ten Pieces III) with resources for 7-14 year-olds including short introductory videos, full orchestral performances, instrumental and vocal arrangements, and 6-weeks’ of lesson plans. Each year the project invites schools to send in creative responses to the music to be featured on the BBC website.

There are secondary lesson plans for:

Once students have seen the film, teachers can access online resources to enable students to develop creative responses inspired by the music – either through dance, performance poetry, composition or digital art. Schools can also attend workshops and live performances of the Ten Pieces across the country throughout the year.

The project is backed by a range of Ambassadors, helping inspire children and the wider public with their passion for classical music. Ambassadors include violinist Nicola Benedetti, trumpeter Alison Balsom, baritone Roderick Williams and electronic band Clean Bandit.

Ten Pieces is delivered on the ground through an existing network of nearly 260 music hubs, music education services and arts organisations, working at both primary and secondary level.

The Wide World Of Music: A guide to 100 musical instruments