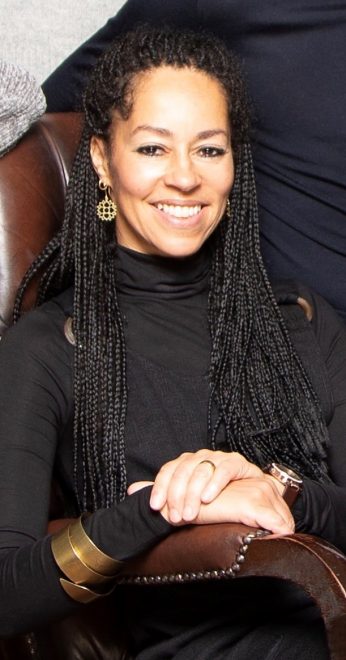 Author, music education advocate, and mother of seven incredibly talented musicians, we couldn’t think of anyone better than Kadiatu Kanneh-Mason to be our first Champion. Raising seven children with a love and talent for music, former lecturer Dr Kanneh-Mason is keen to share that making and appreciating music is a gift to be enjoyed by absolutely anyone – a belief shared by us all at Music Mark.

We caught up with Kadiatu as she reflects on access and representation in the music industry, lockdown, and her role as a parent in bringing up young musicians.

Have you always been passionate about music?
“Like all children, I loved music and dancing from a very early age, but I became passionate about instrument-learning, singing and playing with others while I was at school. I was lucky enough to be at school at a time when music was offered to all children, but I would have loved to have had the opportunity to go further and learn to a higher level.”

Why did you prioritise your children getting a musical education?
“I recognised that music and instrument-learning gives children so many skills- the ability to think creatively, to work and communicate with others, to develop self-discipline, to be expressive and to gain self-confidence. And I wanted them to have joy in their lives.”

Absolutely everyone can learn to play an instrument, or sing, or appreciate and understand music

What’s something you wish everyone knew about music?
“I wish everyone knew that music should not be hijacked as belonging to any group, class, or culture, and that without equal access, that’s what happens. Also, that music is the ultimate mode of communication, expression and connecting with others. And that absolutely everyone can learn to play an instrument, or sing, or appreciate and understand music.”

In your 2020 keynote at the Music Mark conference, you spoke about parents needing to be supported as well as children, saying “parents need support, encouragement, guidance and advice just as much as the children.  They need instrumental teachers, a system that believes in music education, and financial backing. The role of the parent is not to be a superhero.”

Where and how did you access the support you needed? Was it ever a challenge?
“As parents, we were very lucky with the support we received from so many people – teachers, musicians, educators, music festivals, our extended family etc. But we often had to fight for their opportunities and struggled with accessing information. We found it difficult as non-musicians to know what to do and where to go for financial help and practical guidance. Even though the children’s schools, as state schools, were as supportive as they could be with music, it was a real challenge to navigate the path to the wonderful teachers, individuals, and institutions we found.

We felt, a lot of the time, that we were swimming against the tide, and needed to hold on to a very strong belief in our children’s potential – potential which we could see was in so many children around us. We were very happy that they could get involved with music at their schools, playing with others, but we also took a huge financial hit, and made many sacrifices. Local music festivals were very helpful for the children’s development, talking to other parents and believing in our children.”

Your families’ Facebook Live performances were hugely popular with so many during lockdown! What were you watching, listening to, or streaming to help get you through it?
“We were listening to a lot of music together during lockdown and discovering new things. Lots of musicians were going online to perform, and there were wonderful videos of ballet, opera, and concerts. We did a lot of dancing – reggae, rap, and there was jazz and, of course, classical. We also watched great television – an old boxset of ‘I, Claudius’ was a big family event, and Russell T Davies’s ‘Years and Years’. Because we had Plinio Fernandes living with us as well, who is a young Brazilian guitarist, we also had a lot of South American music!”

…what’s memorable for us [as parents] are often small moments that are significant for each individual child, and mark a huge step in self-confidence, but are not newsworthy!

What have been the most memorable moments for you in your children’s musical careers?
“This is such a difficult question, because what’s memorable for us are often small moments that are significant for each individual child, and mark a huge step in self-confidence, but are not newsworthy! In terms of career, Sheku winning BBC Young Musician 2016, was a big, emotional moment for all of us, because he had worked so hard, and we had watched the programme since Stuart (my husband) and I were children. When Sheku, then Isata, then Jeneba were signed to their manager, Kathryn Enticott. When Sheku and then Isata signed with Decca Classics.

We loved their achievements with the ABRSM music exams, because they received recognition for the practise hours they put in and a sense of progress. We see moments like successfully auditioning for Primary, Junior and Senior Royal Academy of Music and senior Royal College- all as steps in their careers because it gained them brilliant teachers and peers. But moments like, for example, Isata playing Chopin in her secondary school concert at age eleven, and Isata and Sheku playing in their Primary School concert, or Braimah playing Bruch’s violin concerto with the local community orchestra at age 16… these moments are important and memorable steps in a career – as much as playing at Carnegie Hall, the Concertgebouw or the Royal Albert Hall!”

Music Mark is working on a sector wide initiative called Talk into Action which is focused on making Music Education more equitable, diverse and inclusive. You wrote in your memoir about how class and race impacted the response of the Classical music industry to your family. What’s something (or somethings) you’d like to see change?
“A lot of the issues come from expectation. We encountered a lot of (mostly unspoken) attitudes to the children’s appearances at competitions, or events for example, that registered surprise, or disbelief that they were there. The Classical music industry is full of musicians and people who are very welcoming and care only for talent and the music, and want diversity. They want to reach a wider audience and be a greater part of people’s lives. It’s difficult for young, black children, and children from backgrounds under-represented in the industry to come to classical music, and the only way to change that is for classical music to come to them.

Apart from the paramount role of state music education, I also think there is a prevailing perception problem. It takes a lot of courage for a black person, for example, child or adult, to enter a concert hall. We were and frequently are in the situation of being the only black people in the room – audience or stage. The industry is in the business of marketing, and has historically been marketing to its existing, and ever more defined audience. Remembering that in history,  black musicians and composers have always been there and need to be revisited is one step. Cheaper ticket prices for young people is another. Many critics and the media favour the status quo and what they consider to be the establishment and the bona fide classical musician, and it’s a constant battle to prove yourself if you are not.”

Thank you so much to Kadiatu for speaking with us!  You can find out more about Dr Kanneh-Mason and her family experiences in her award-winning memoir, ‘House of Music, Raising the Kanneh-Masons’. Moments of music and family life have also been captured in three BBC documentaries, the most recent being ‘A Musical Family Christmas with the Kanneh-Masons’.

Members of Music Mark can also watch her inspiring keynote on the role of the parent in supporting musical learning, from our 2020 annual conference here.

Look out for announcements over the year as we appoint more Champions to join Dr Kanneh-Mason in the run up to our 10th Birthday.