Skip to navigation Skip to main content
Home›News›Member News›Committing to EDI is ‘fundamental to our sector’s future’; Sarah Derbyshire on policy review, using data, and the I’M IN tool at Orchestras Live

Committing to EDI is ‘fundamental to our sector’s future’; Sarah Derbyshire on policy review, using data, and the I’M IN tool at Orchestras Live 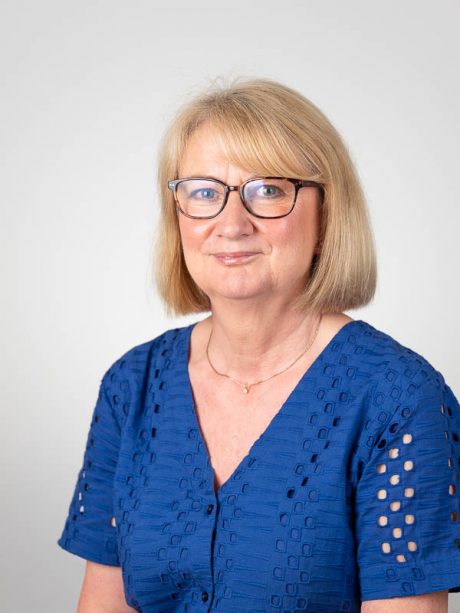 Orchestras Live is the only organisation of its kind in the orchestral sector, working hard to ensure that people from all backgrounds, areas and ages have access to high-quality orchestral experiences. Alongside their day-to-day activities, in the last two years they’ve made significant progress on looking into practically every aspect of the organisation in a commitment to improving their diversity and inclusion.

This overhaul was prompted in part by signing up to the Inclusive Music Index tool – better known as I’M IN – developed by Music Masters. The self-analysis tool enables music organisations to evaluate how diversity and inclusion is already being considered within their strategies, policies, and structures, and to identify where change is needed.  At Music Mark, we met with Sarah Derbyshire, Chief Executive at Orchestras Live, over Zoom to find out more…

Hello Sarah, thank you for meeting us today! Firstly, before finding I’M IN what had you tried in terms of developing Equity, Diversity, and Inclusion (EDI) at Orchestras Live (OL)?
Before I’M IN, we’d done lots of talking. We began to realise that we might have been complacent in feeling that diversity and inclusion was intrinsically embedded in our organisation, due to the nature of our work at OL and the communities we work with. We soon saw that we couldn’t make those kinds of assumptions and that, like with any of our creative project activities, every system within the organisation too had to be thought through in terms of inclusivity.

And why did you feel I’M IN was a good fit for you?
Rob Adediran (Executive Director at London Music Masters) invited me to be part of the early scoping roundtables to discuss what the tool might look like and which areas it might address. I learned a great deal through that process, so when they invited us to apply to be in the first cohort of I’M IN, it was an easy decision for us to sign up.

What are some of the practical steps you’ve taken as a result of participating in I’M IN?
Quite a lot! Alongside gathering data that we’d never gathered before, trustee, staff, and creative practitioner recruitment has changed radically. All our projects are now assessed on the extent to which they support our diversity and inclusion strategy, not just those which have expressly indicated diversity and inclusion as an outcome.
We have also thought carefully about our partnership principles and expressing what we expect from those we work with. As well as I’M IN, we’re working in partnership with other organisations such as Black Lives in Music and joining the Fair Access Principles that Sound and Music developed. We feel much more part of a collaborative community that’s trying to address these issues. 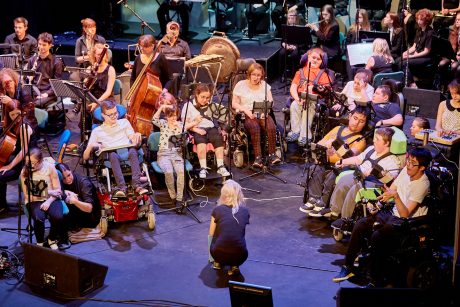 Could you tell us more about the ways in which your recruitment process has changed?
We’re keen to convey the culture of OL to all applicants and now hold open drop-in sessions for anyone that wants to find out more about advertised positions and the way we work.

We’ve rethought our recruitment packs and thought carefully about essential and nonessential requirements.  We’ve made it possible for people to submit video applications rather than written.  We have also factored funding into our budget to support applicants through the recruitment process if they require additional support. For our trustee recruitment, shortlisted candidates are able to meet a current trustee outside of the selection process so they can really get a feel for what it’s like being an OL trustee in terms of workload and relationships between the board and staff.

There will be some aspects we retain and others we review; reflection is something we’re doing much more in general now. Sometimes you can just do something so it looks like you’re making an effort, but if you try something different and then review what worked and what didn’t afterwards, it means you’re less likely to fall into the trap of tokenism.

Of course, working on and embedding EDI is a never-ending process without a finishing point, but are there some benchmarks which have allowed you to measure improvement and show progress?
We don’t have any absolute firm data as we’re still in our year of setting baselines, but we have seen greater diversity in our applicants. We’ve set ourselves targets, for example in terms of our project delivery and in ensuring that we engage with diverse artists across the protected characteristics.  I hope we reach those targets, but if not, we’ll ask why not and learn from that.

Samantha Stimpson, researcher and author of our 2021 Equity, Diversity & Inclusion report, has said before that a growth mindset can sometimes be more valuable than a goal mindset. Whilst it’s great to reach goals and benchmarks, it’s also important to recognise the value of making progress, even when the goals aren’t met.
Yes, now we are much more likely to ask how we do something rather than assuming it’s something we can’t do because it’s too difficult. We have a more positive mindset, and I think that that rubs off on our partners too.

That’s great! Some colleagues in the sector have mentioned a sense of EDI fatigue, and like they can’t meet their goals, so a positive mindset counts for a lot. Do you feel like there has been a wider culture shift as a result of I’M IN?
Definitely. Everybody understanding why we gather data and what we’re going to do with it is just one example. We’re thinking carefully about what the culture means for each of us across the whole organisation and now in all staff appraisals and interviews for any role, there is at least one question around inclusivity.  Being much more explicit about our commitment also makes it easier to talk to anyone about since it’s threaded right through our thought leadership and partnership work.

It’s always good to see things through a new lens too, as the new voices who have joined the organisation ask questions which provide different perspectives. 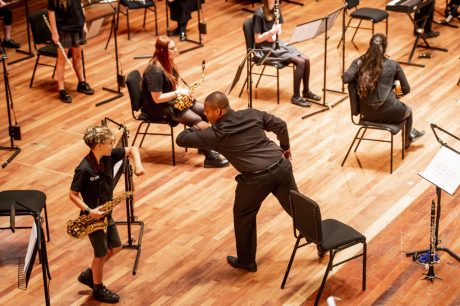 And how do you make sure that that commitment is not just in the hands of a few committed individuals but is embedded across the whole organisation and staff structures?
Firstly, with only 11 staff members and about the same number of trustees, we are not a particularly large organisation. We have a ‘flat’ organisational structure which isn’t especially hierarchical so whenever there’s a group conversation, we make sure that someone from every part of the organisation is involved.

From a governance point of view, we now have a diversity, inclusivity, and relevance committee which has a good cross-section of both trustees and staff.  This helps avoid a dynamic where it’s the staff thinking about what they might do, reporting to the board, and not having a dialogue between the two.  It’s also been helpful to find opportunities where our board or executive team can take part in training alongside other staff.

You mentioned in this blog that ‘interrogating your organisational culture, practices and communications is an ongoing piece of work that that has provoked difficult conversations and has often felt uncomfortable’. When something feels uncomfortable, how do you keep the organisation optimistic and engaged in the process?
In our diversity, inclusivity, and relevance committee, we’ve been careful to acknowledge that sometimes conversations will be difficult and that we may sometimes express ourselves in ways we wish we hadn’t afterwards. We’re trying hard to give people space to make mistakes and not to feel like you’re being constantly assessed or criticised.

Were you surprised about anything you learned by participating in I’M IN?
Maybe rather than a surprise, it was a realisation that this needs to cover absolutely every aspect of the organisation – right down to who your suppliers, web developers, and partners are.  That’s the same for any root and branch policy review – in fact, we are now asking ourselves similar questions around our environmental sustainability. The end result is that you’re doing things differently.

It also struck us that the questions in the I’M IN tool really did get us talking in ways that we hadn’t talked before. Although the questions aren’t super complicated, you do have to provide evidence for your answers. If you don’t have any evidence to back up an answer, you soon begin to realise where your weaknesses are and where you want to pay most attention. The conversations which these questions generated were almost the most important thing about the whole process.

And finally, why would you recommend other organisations work on their EDI?
For cultural organisations and anyone working with children and young people, it’s just fundamental to the work you do. We really have to examine why it is that people from some communities are not taking up the opportunities that we feel are so valuable. We need to think what we can do, and it will be to everybody’s benefit – it is fundamental to our future as a sector.

Many thanks to Sarah for her time. You can find out more about Orchestras Live and their work here.

As part of Talk Into Action, Music Masters and Music Mark are subsidising the cost of the I’M IN Supported Route for Music Hubs and Services who are members of Music Mark – find out more.

Pledge to put Talk into Action.