Skip to navigation Skip to main content
Home›News›Music Mark News›“Arts and culture can heal division”. We caught up with our conference Keynote, MEP Magid Magid

In the run up to our Annual Conference 2019, dedicated to the theme of Partnership, Collaboration and Enterprise, we are asking delegates to think outside the box. And who better for outside-the-box thinking than the one and only Magid Magid? 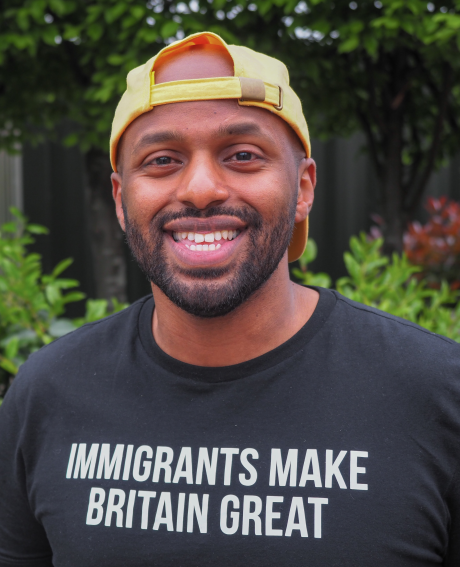 Former Lord Mayor of Sheffield and now Green MEP, Magid is our favourite kind of troublemaker and has created all the right kind of controversy.

Magid managed to call us from Brussels for a quick catch up before the conference.

Music Mark: Thanks for your time! So I just want to take you back for a moment to when you were a young boy and adolescent growing up, and to think about music. What role did Music play growing up?

Magid: I used to download music illegally when I was a young and put it on CDs and sell my own mixtapes – I got to volume 6! They cost £2.50, but for an extra quid, you could get a more personalized version. I remember my mum asking why it was all of a sudden I could afford all these sweets…

My sisters influenced me too, listening to lots of RnB. And of course watching MTV; that played a big big role.

Oh yeah, MTV was gold! What about live music? Did you tap into the Sheffield scene at the time?

My music scene was online and I was part of lots of online music communities. I was a big fan of Hip Hop music and Sheffield wasn’t really a hub for that, growing up it was a lot more about indie music. At college later I got more into the scene, supporting local artists.

What was your impression of music education at school? Did you take part in music lessons at all?

I was really into it actually! I had a piano teacher but she only tried to teach us the theme tune to EastEnders or Coronation Street. I wasn’t interested in that, so I dropped out. They never stopped to ask us what we were into. Later on in my 20s however, I picked up the guitar.

You can tell the arts and culture have always been part of your life. When you were Lord Mayor for Sheffield, you invited the city’s creative community to showcase their talents at the council meetings. What role does art and culture play in politics and government?

Now more than ever I feel this, that the arts have a role to play. They are able to bring people together regardless of age, religion, etc. Arts and culture can also heal division, especially in times of political turmoil. Our team here look to artists to interpret issues and find answers. It really frustrates me to see these cuts in the arts because of their importance.

Inviting the creative community to join the council meetings was to highlight to local decision makers the importance the arts play in our lives. It was also to give the opportunity for the artists to perform in an environment where they hadn’t been before and to tell them; “this is your space too!”

You also decided to have a Poet Laureate for Sheffield and chose poet and rapper Otis Mensah. Did you come up against much resistance when you took that decision?

Otis doesn’t “look” like a poet laureate, but the councilors were out of touch with what people want these days. At the time they didn’t understand young people and they didn’t want to change.

Otis is a Hip Hop artist, but he is also a poet in his own right. However lots of people thought that the role should only be for old white people, but this guy [Otis] represents what Sheffield is today. He is young, vibrant and cuts through a lot of noise!

We’re really excited to have you as one of our Keynote speakers for our Annual Conference this November. The conference is about Partnership, Collaboration and Enterprise. Can you think of an inspiring example of partnership and enterprise amongst communities that inspires you today as a politician?

Right now I can think of Unity Gym Project, a local independent charity working to tackle the knife crime epidemic, that teamed up with the University of Sheffield.

They were one of my chosen charities as Lord Mayor but I have known about them and supported them for a long time. It’s a charity made up of very young people doing some great work. They teamed up with the University of Sheffield and together, they have managed to fund some fantastic research projects which offer practical solutions for the people of Sheffield.

One last question before you go! At the heart of it all, what does partnership mean to you?

Partnership and collaboration are really important, especially in times of austerity. When there are a lack of resources, you have to collaborate. For me, it means to share ideas and create some amazing things. Working in collaboration with other people is one of the top priorities I push forward.

Thanks Magid, see you soon!

Find out what else is in store at the Music Mark Annual Conference 2019.