Finchley Children’s Music Group is seeking an experienced and enthusiastic Operations Director to professionalise and develop the operational systems and structures of the Group. 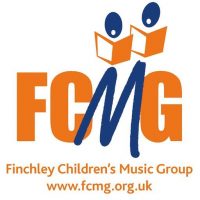 Initially the Operations Director will carry out the administration themselves, but over time they will specify and recruit the additional staff and volunteers necessary to operate the organisation to a high professional standard.

FCMG (Finchley Children’s Music Group), founded in 1958 with Benjamin Britten later becoming its President, is London’s leading children’s choir with over 200 singers aged between 4 and 18 across five choirs. Under the direction of Grace Rossiter since 2001, the choirs are well known for their natural, vibrant vocal quality.

In addition to our own regular self-promoted concerts, FCMG is regularly invited to take part in performances of larger choral works with leading conductors and orchestras and in recordings for radio, television and film. FCMG has on ongoing commitment to new music for children’s voices and seeks to commission new repertoire from leading UK composers.

Historically FCMG has had a high level of volunteer involvement, and this is planned to continue but within an enhanced operational structure. The Operations Director will be the primary operational role, working in close co-operation with the Artistic Director and reporting to the Board of Trustees.

Rehearsals are held in north London on Sunday afternoons during term time (approx. 30 weeks a year).

We welcome applications from experienced, effective administrators with a love of music, regardless of gender, race, sexuality, disability, age and background, reflecting and representing the diversity of the north London community.

Please visit www.fcmg.org.uk/vacancies to download the full job description and application form. If you have any queries, email secretary@fcmg.org.uk

This Job Vacancy has Closed

Browse all available jobs or sign up to receive job updates straight to your inbox.