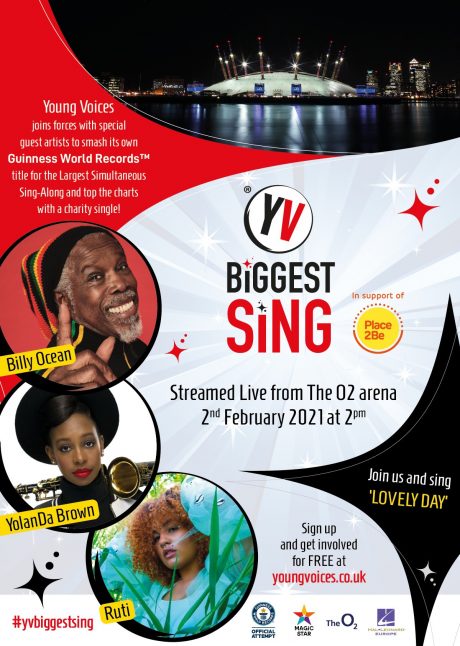 Billy Ocean, YolanDa Brown and Ruti will perform live with the Young Voices Band at The O2 arena and at the same time thousands of children and their teachers across the country will join in singing and signing Lovely Day. This new version of the classic Bill Withers song will also be released as a charity single in partnership with Sony’s children’s music label, Magic Star.

It is FREE for groups to take part.

Music education events organised by the team at Music Mark

This event has passed

Browse all upcoming events or sign up to receive our monthly email update featuring our latest news and events.